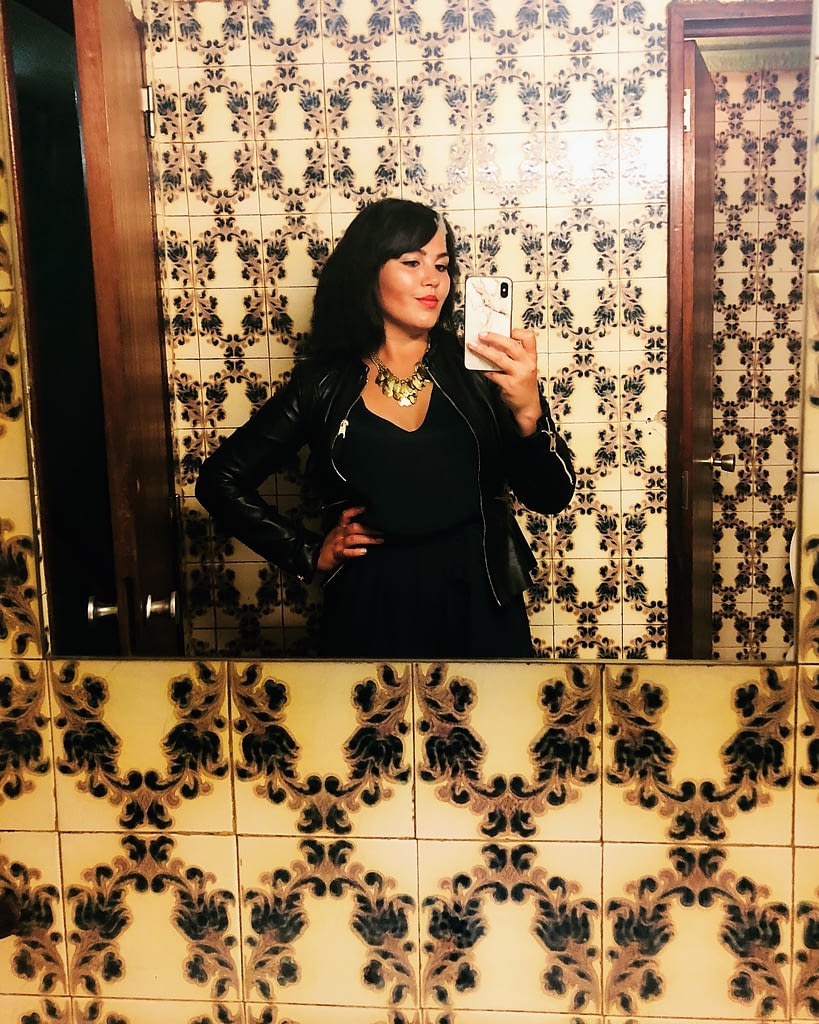 I remember the day like yesterday when I walked into a bank in Lisbon, Portugal, to open up the first-ever bank account for Azana Yoga. It should have been a thrilling moment filled with joy and excitement for the future, but instead, once more it was another situation when I was made feeling diminished and unworthy by white men. I started the business in Portugal, where I and my curly hair had traveled to find inclusion and acceptance. In vain it turned out.

Let me back up, I was born and raised in Finland, to a Finnish mother and Algerian man, who skipped the country before I was born. So needless to say that I was raised by my mother into the Lutheran Finnish culture, Finnish being my native language. The issue has always been and still is that my appearance doesn’t fit into the nordic standards of blue eyes and blond hair. My curly hair and brown skin make me incompetent, unreliable, and hypersexual.

When I was 11 years old, this was clarified to me by the system, my white female elementary school teacher, who straight informed me that I wasn’t going to be anything in life. I wasn’t going to achieve anything, most of all a degree. This had everything to do with my family and where I was raised as well, which was in the “projects” of Helsinki.

My mom’s childhood had been challenging, filled with violence and alcoholism, topped- up with a learning disability. When she was 16 she ran away from home to Sweden. Her life was somewhat a mess before she became pregnant for me. She met my Congolese stepfather when I was 3-years old. So the only thing my teacher saw in me was the dyslexic brown daughter of two cleaners, destined to get pregnant at 15-years old and live off of the government subsidiaries.

People say to me

after telling this story about my former teacher, “don’t care about what others say”, well it’s a bit hard not to care when you are 11-years old and the only thing that you want is to fit into the country you are living in, and since not knowing your other parent, the only country you can live in. I mean how do you not care? Oh no, fuck that shit, I chose to challenge!

So I tried super hard to fit into the highly competitive Finnish society, by being likable and straightening my hair every damn day. A university degree later, I found my home among the homeless people whom I was counseling, another highly marginalized group in Finnish society, no wonder we got along so well. I would have friends say “Ewww how can you work with that trash?” referring often to their substance abuse. There I was trying to verbalize the feeling like I couldn’t help my curly hair, they didn’t choose to be sexually assaulted starting at the age of three.

After nearly losing my life in a violent sexual assault, heavy partying, traveling the world, and finally finding yoga from India, I decided to turn a new leaf and change the scenery. I packed my bags and moved to Lisbon, Portugal to be happy in a “for sure” more open and inclusive city. It turned out pretty quick that I was so wrong, it’s actually one of the most racist places I have been, the African diaspora is still closed in pantries and you won’t get service from them anywhere else than in the fast-food restaurants.*Side note, Portugal started slavery and claims that they ended it first.

I myself was considered as Brazilian and therefore a paid woman! Because that’s how Brazilian women are generally perceived in Portugal. The “service” that I received in banks etc. would usually start with loathing, continuing to confusion after handing out my documents, ending in embarrassment and sad attempts to compliment Finland’s accomplishments as a Nordic welfare country.

The Portuguese women are a story of their own, oppressed by toxic masculinity and catholic education. They are like unicorns to expats; there are occasional reports of spotting them from far, but you never get close. Oh but I did, and that was not a pleasant experience. Female solidarity does not exist, the relationship with them is filled with big but empty words. Be sure that you are thrown under the bus if they have to choose between a completely fucking wacko male and you. The worst part is that they choose those “dicks” over themselves as well. They put penises as priority nr.1. Quite literally as all the local sources I interviewed informed that Portuguese women do not masturbate.

So I leave my unsatisfied Lisbon sisters behind to follow the female hatred caused by Sanna Marin’s “excessive cleavage”. 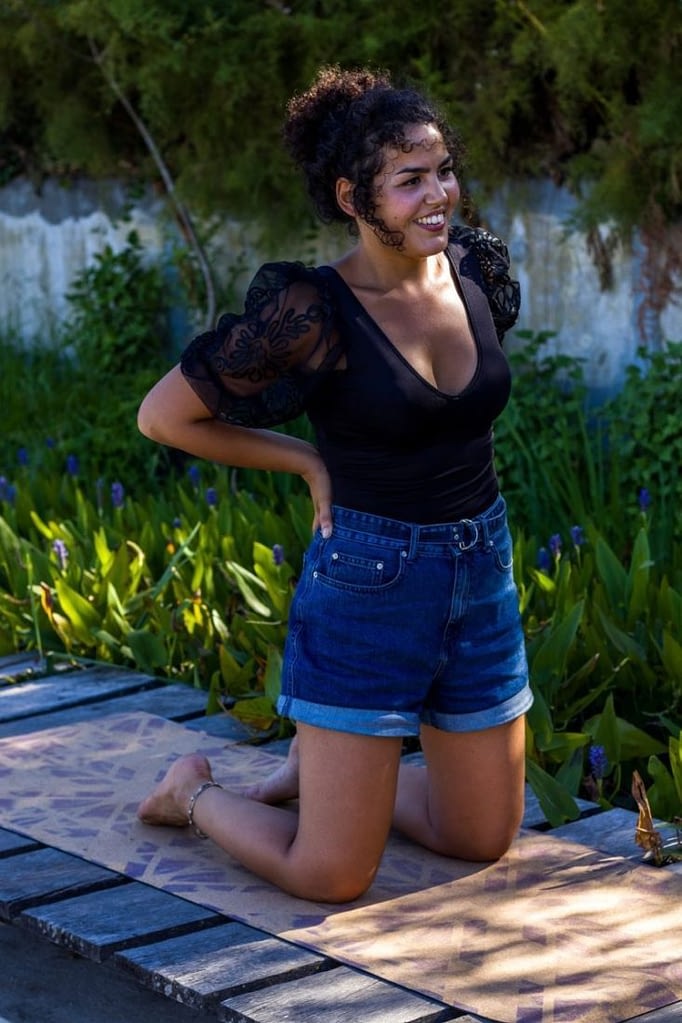 It took me 29- years, 1000+ hours of straightening my hair, traveling around the world, seeking out masculine appreciation, sexual assault, moving to Portugal, starting a business, countless hours of meditation, and self-reflection to finally come into terms with the fact that there’s inequality, bias, and racism in every corner of this planet. And that by trying to fit into that nonsense, I’d be just burning myself (and my hair) from both ends. Because for sure, for some, I wouldn’t be enough anyway. I would be wasting loads of amazing and productive energy into swallowing bullshit, instead of trying to make my voice be heard loud and clear, by those small-minded people about the beauty of unity, humanity, and inclusion!”

Today we celebrate International Women's Day 2021 and the theme this year is #ChooseToChallenge. Without strong and brave women who chose to challenge before us, we wouldn’t be voting today, riding cars, wearing what we want, speaking our truth, be presidents or have any ruling over our bodies and lives. So sisters we need to continue to #Choosetochallenge.

Standing with you, Sofia K.

You are amazing. Always have been. Do it woman!

million thank yous for your support! The most heartful Ninja on the planet🧡

©2021 Azana Yoga Brand Oy, All rights reserved | Made with
Facebook-f Instagram Linkedin
We use cookies on our website to give you the most relevant experience by remembering your preferences and repeat visits. By clicking “Accept All”, you consent to the use of ALL the cookies. However, you may visit "Cookie Settings" to provide a controlled consent.
Cookie SettingsAccept All
Manage consent

This website uses cookies to improve your experience while you navigate through the website. Out of these, the cookies that are categorized as necessary are stored on your browser as they are essential for the working of basic functionalities of the website. We also use third-party cookies that help us analyze and understand how you use this website. These cookies will be stored in your browser only with your consent. You also have the option to opt-out of these cookies. But opting out of some of these cookies may affect your browsing experience.
Necessary Always Enabled
Necessary cookies are absolutely essential for the website to function properly. This category only includes cookies that ensures basic functionalities and security features of the website. These cookies do not store any personal information.
Non-necessary
Any cookies that may not be particularly necessary for the website to function and is used specifically to collect user personal data via analytics, ads, other embedded contents are termed as non-necessary cookies. It is mandatory to procure user consent prior to running these cookies on your website.
SAVE & ACCEPT