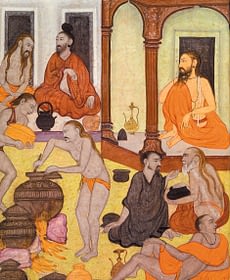 Yoga began as a spiritual practise in the forests of India many thousands of years ago. It was a very secret science, known only to the deserving, passed on orally from teacher to student. Eventually, texts came along that explained and codified the practise – like the Yoga Sutras of Patanjali, the Bhagavad Gita, the Hatha Yoga Pradipika – and many more.

Despite the emergence of these texts, it still maintained its exclusivity. Only someone who could sacrifice their worldly life and commit themselves to the life of a yogi – one of persistent practise of yogic principles, and a dedication to reach Samadhi – one who the guru deemed deserving of the right knowledge – knew yoga. It was a practise relegated to the edge of society, it was not for everyone.

We still have some people like that in the modern society. But, all this changed in the 19th-20th century. A few yogis pioneered the version of yoga we are familiar with today. They transformed and simplified the practise into something that a common man can do. This is when practises like Vinyasa Yoga, Ashtanga Yoga (not the kind we have discussed in this blog before) were born. And then they travelled from India to the west, to be further simplified and diluted to a physical exercise. It is a very good manifestation of Plato’s theory of the Idea, and its copy. The original Idea was the yoga practised by yogis of centuries past. That was copied, and then the copy was copied, and so on, until we arrived at what we have today – something that vaguely resembles the original, but has not maintained the essence and the meaning of it. 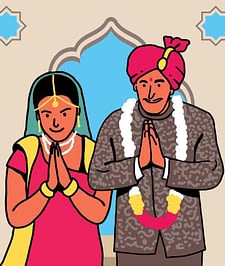 When yoga went to the west, it left its cultural context, and thus got divorced from the nuances and the essence that were lent to it by that context. Only its superficial aspects were transplanted and, as a result, it became a victim of cultural appropriation. A very simple example of this is seen in the very beginning of a yoga class. The teacher and student will greet each other with a ‘Namaste’, while joining their hands together. That greeting is now widely associated with the practise of yoga, as a way to seem “authentic”. However, being an Indian, growing up in India, I have used Namaste as a formal greeting. It was widely used in the centuries past, but it is now reserved for greeting elders, while speaking at a formal event, or while greeting someone with respect. Folding your hands in a Namaste is a gesture of humility and gratitude. It is also the posture you assume when praying.

The action of doing a Namaste gets cut off from all these meanings when used only as a sign, and does not carry any of that cultural connotation to it in a yoga class. Similarly, centuries of yogic traditions and practises, what would take someone years to master, are reduced to one hour classes every week, that don’t even acknowledge the depth that the practise of yoga carries with it. So, in effect, it becomes an act of colonisation, where the indigenous cultural traditions are stripped of their meaning, and superficially adapted to suit commercial and vanity goals. It might not be the form of colonisation we are familiar with, one that includes military, economic and political oppression. But here, the practise itself is colonised, where it is transformed from its original richness into a tool for economic gain. We all have heard of teachers who charge exorbitant amounts of money for a simple Asana class. 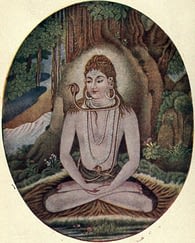 The simple act of calling someone a ‘yogi’ is a manifestation of all that I have spoken of above. A yogi is not someone who just practises yoga. A yogi is someone who has been practising it persistently, for a long time, to an extent that they have gained a level of mastery over their mind, and are living the yogic ideals. You would not find a yoga teacher calling themselves a yogi in India – it is like calling a theology professor a saint. The title of a yogi is earned, and carries the weight of years of ‘sadhana’ or meditation behind it. So, when one calls just anyone who does yoga a ‘yogi’, it trivialises the word, and negates the true and persistent dedication needed to earn that title.

So, then, what’s the solution? Yes, there are positives to engaging in certain yogic practises. The Asanas, although erroneously tagged as ‘yoga’ while just being a small part of it, do have their own intrinsic benefits. But how do we decolonise the entire practise?

Remember, yoga is a lifelong friend. It is not something you just dabble in for a few weeks and then move onto something else. If you truly want to experience its effects, you have to go on a journey with it. You have to let it season every aspect of your life – your health, your relationships, your behaviour, your psychology. Yoga is a way of life. Live it. 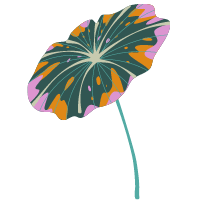 ©2021 Azana Yoga Brand Oy, All rights reserved | Made with
Facebook-f Instagram Linkedin
We use cookies on our website to give you the most relevant experience by remembering your preferences and repeat visits. By clicking “Accept All”, you consent to the use of ALL the cookies. However, you may visit "Cookie Settings" to provide a controlled consent.
Cookie SettingsAccept All
Manage consent

This website uses cookies to improve your experience while you navigate through the website. Out of these, the cookies that are categorized as necessary are stored on your browser as they are essential for the working of basic functionalities of the website. We also use third-party cookies that help us analyze and understand how you use this website. These cookies will be stored in your browser only with your consent. You also have the option to opt-out of these cookies. But opting out of some of these cookies may affect your browsing experience.
Necessary Always Enabled
Necessary cookies are absolutely essential for the website to function properly. This category only includes cookies that ensures basic functionalities and security features of the website. These cookies do not store any personal information.
Non-necessary
Any cookies that may not be particularly necessary for the website to function and is used specifically to collect user personal data via analytics, ads, other embedded contents are termed as non-necessary cookies. It is mandatory to procure user consent prior to running these cookies on your website.
SAVE & ACCEPT